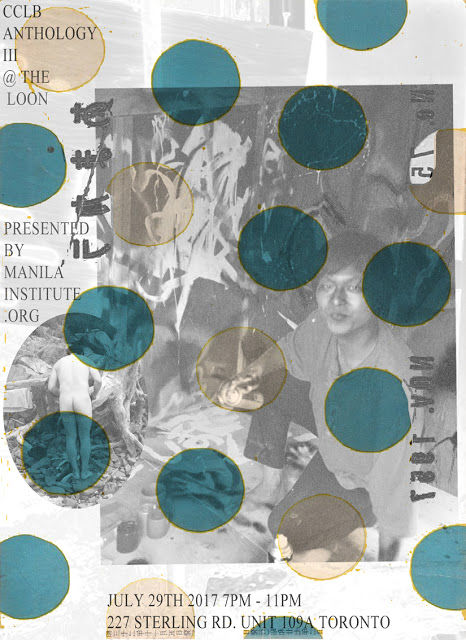 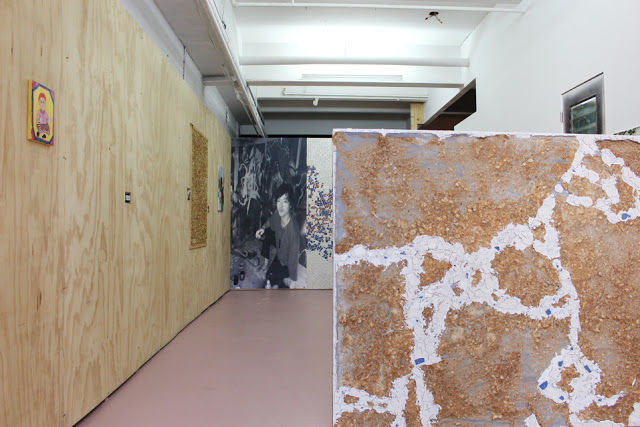 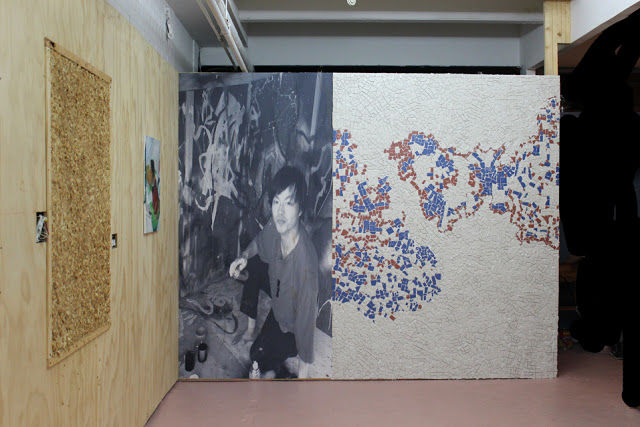 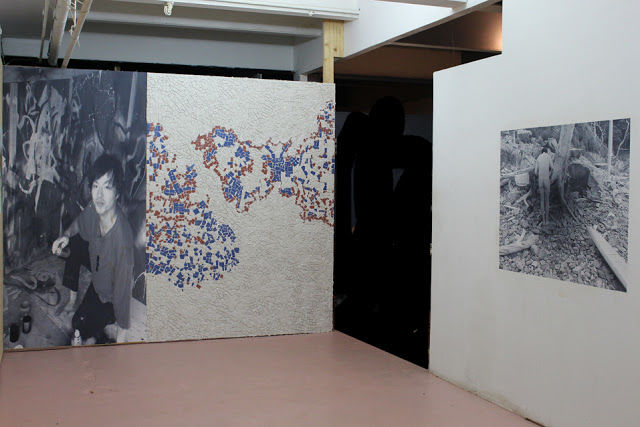 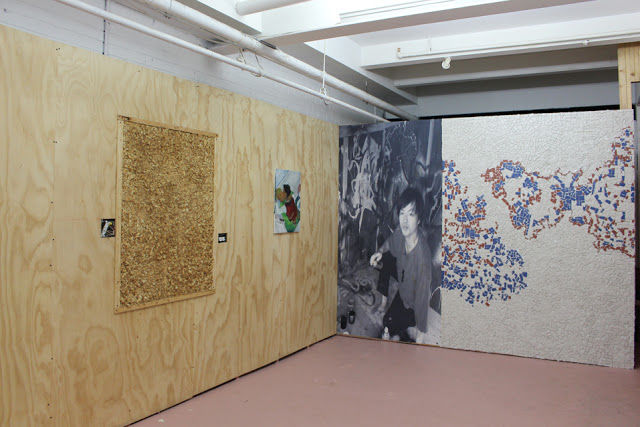 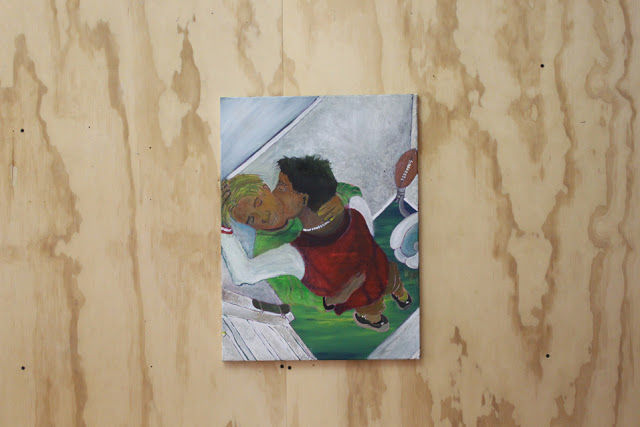 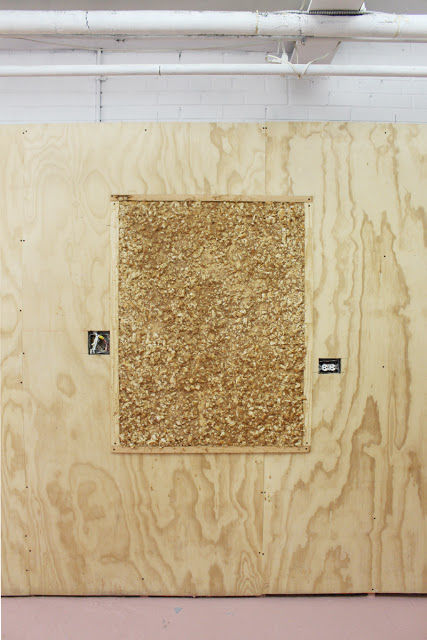 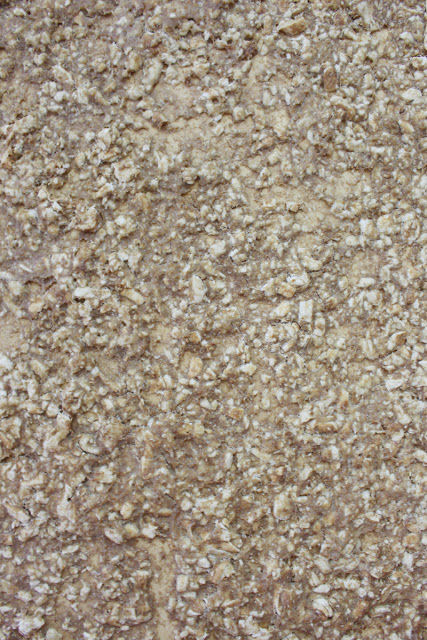 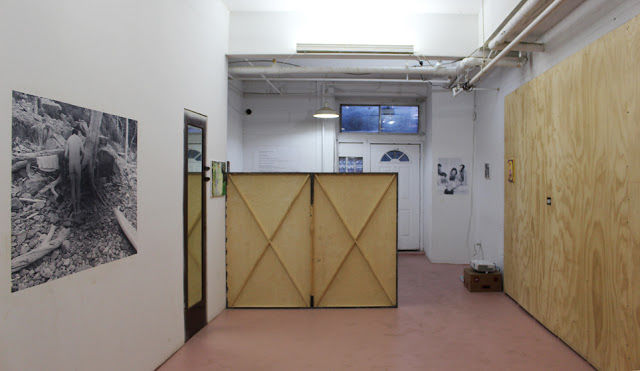 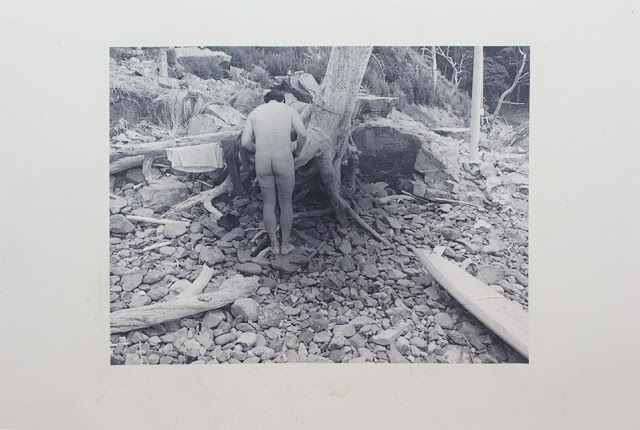 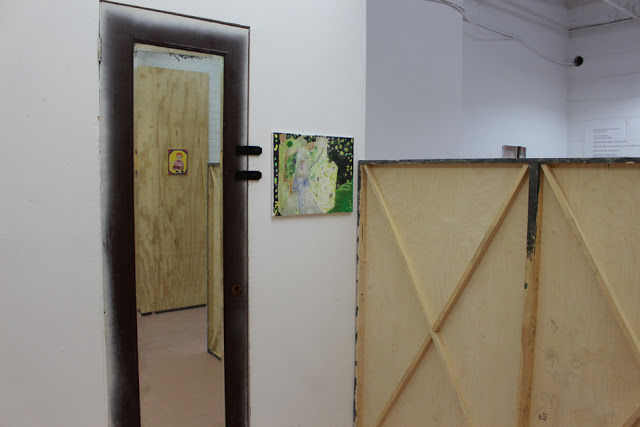 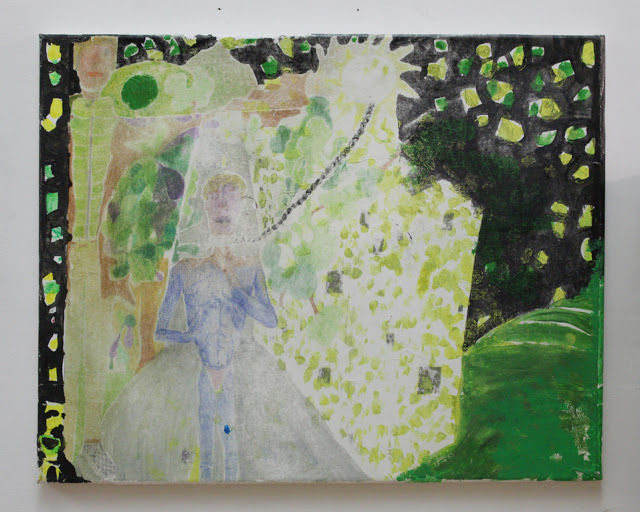 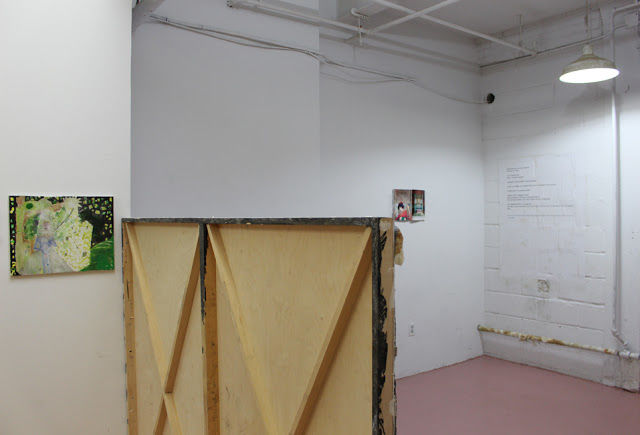 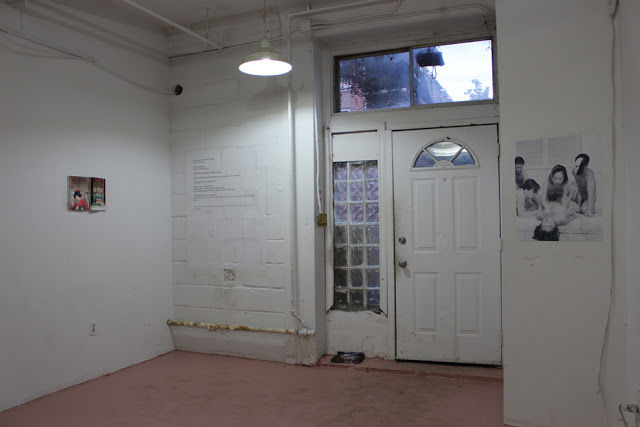 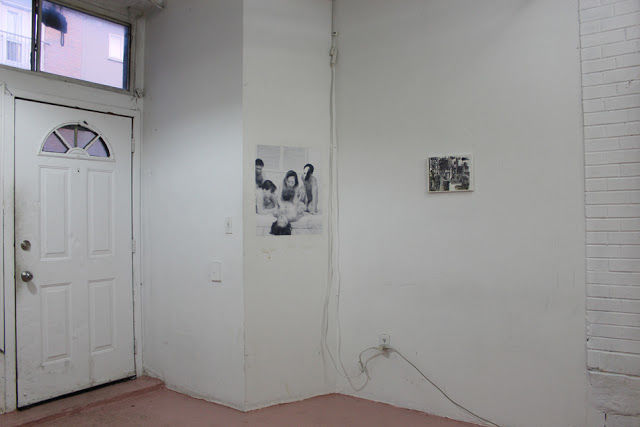 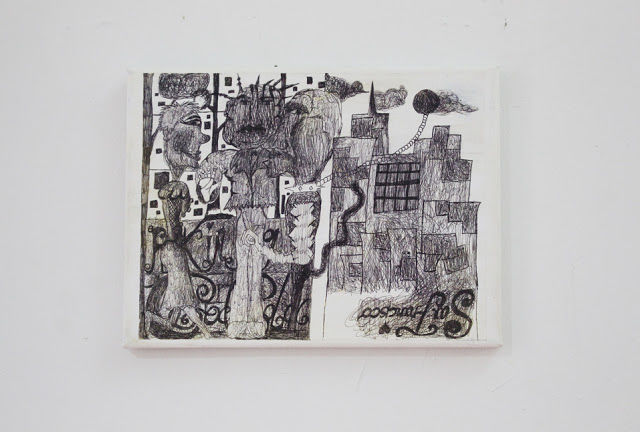 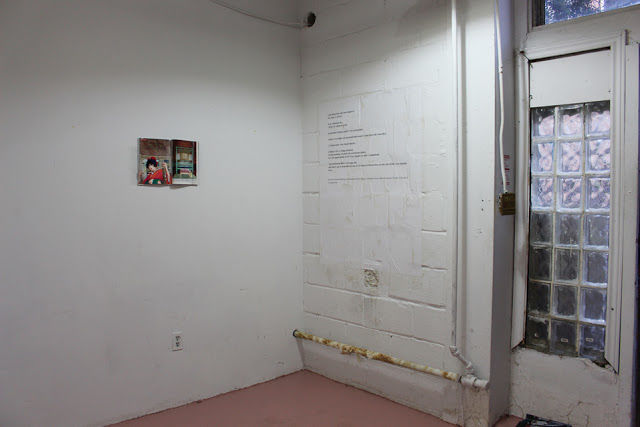 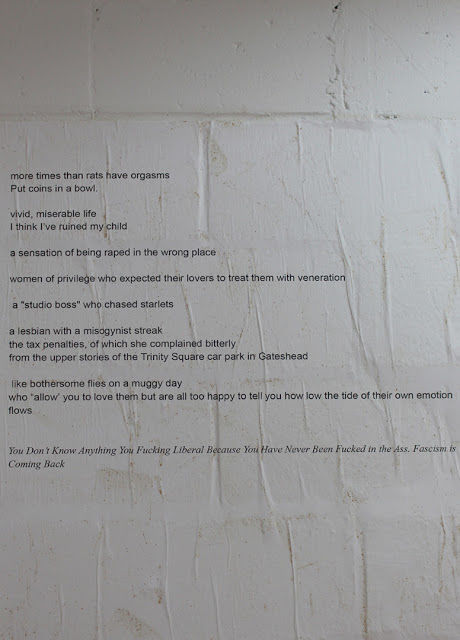 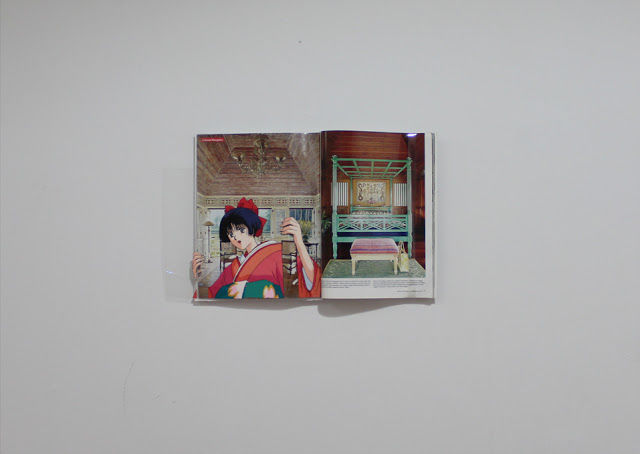 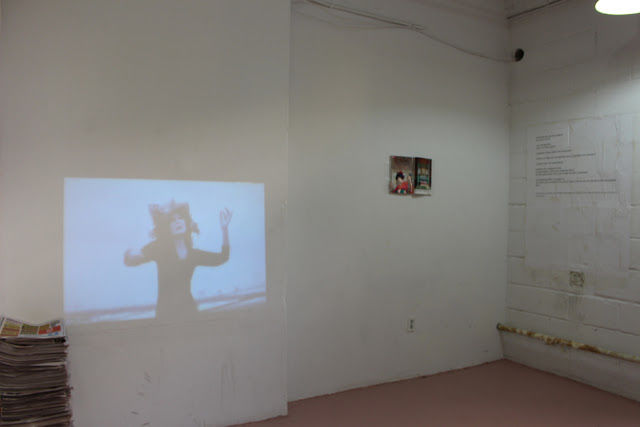 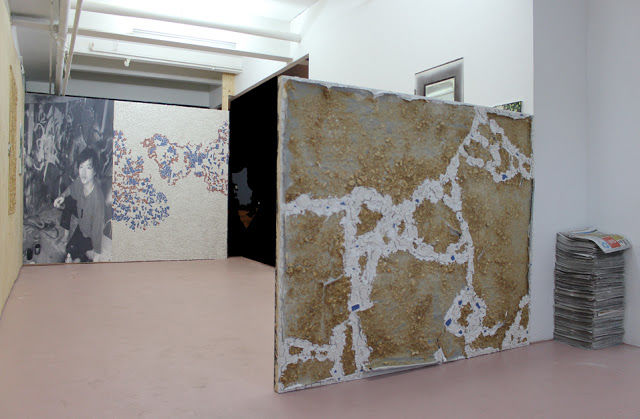 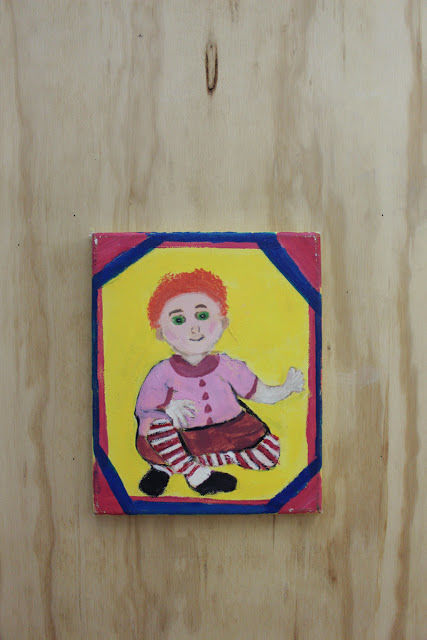 Pandasex And Hipe
In 1970s San Francisco, two friends created an art collective named CCLB that has proven upon rediscovery to be far ahead of its time. This exhibition is the third installment that seeks to produce an immersive and selective catalog of the movement by recreating several happenings and installations originally occurring within the Haight-Ashbury scene.

Yukio Ban, a second-generation Japanese-American semiotics student at UC Berkeley, dropped out of school to become an artist after discovering the work of the performance group The Angels of Light. There, he met Martin Wong, who at the time was making art and creating set designs for The Angels of Light performances. Wong served to be an important catalyst for CCLB, and introduced Ban to his friend Miguel Hernandez. An irascible performer who refused to conform to any artistic style, Wong’s former lover was an architecture student at USF by day, and who with Ban, officially co-founded the CCLB soonafter: an empty acronym whose letters happened to be on the door of their newly shared studio.

Hernandez and Ban collaborated with each other and other members of the San Francisco art community, creating immersive installations, audio and film works, poetry readings: all melding into a kaleidoscopic gesamtkunstwerk of sexual and political liberation.
However, around the time Martin Wong left the Bay Area for New York City, the duo began to become disillusioned with the covertly classist, waning hippie scene, and the stifling political correctness of tokenizing white-washed avant-gardism, and they developed a cheeky acronym for CCLB, redefining themselves as the Ching Chong Latino Boys.

They began to only work with other Brown and Asian artists, and many of their performances and happenings were met with protest by conservative and liberal artists and writers alike. A typical stance, taken from the Bay Area Chronicle in 1978 is as follows:

“…the chaotic milieu and frankly inflammatory name of the group overshadow the potentially transcendental politics of unification espoused by the ‘post-morality’ of these decadents. As members of the art community we have to ask ourselves when to draw the line…”

Ban and Hernandez’s performances, frequently involved rubbing corporeal materials like honey and excrement on their bodies to make performative, audience-directed paintings and psychosexual dramatic plays, Japanese Taiko drumming circles and pan-sexual “graffiti orgies” that would last for several days under the influence of lysergic acid diethylamide, mescaline, and raw oysters, large-scale bread sculptures made by groups of people chewing up hundreds of loaves of wonder bread and pasting the material together, only to turn moldy and become consumed by rats. After two years of incessant, intense experimentation, they were memorably evicted from their studio/art space on Haight street by the fire marshall himself.

Early photos of Yukio Ban and Miguel Hernandez were discovered by the artist and Bay Area graffiti historian Barry McGee and will be on display within the exhibition. The images, re-surfacing within an archive discovered by researchers at the Martin Wong Estate, depict the happenings of the Ching Chong Latino Boys. An immersive installation, created by Justin Caguiat, will showcase these photographs along with a document of Pandasex and Hipe, one of the only two surviving members of CCLB, as well as works by painters Martin Wong, Rafael Delacruz, London poet and artist Aurelia Guo, Japan-based artist Elliott Jun Wright, and a video work of the Butoh master, Kazuo Ohno.

The radical performative installations and stagings of CCLB mirror other practices from around the world that skew and reform nominally Eurocentric history of post-WWII art; prescient for our moment today as hegemonies continue to fragment and global post-industrial capitalism dissolves into new mutated forms of alienated necropolitics.

This exhibition seeks to illuminate an unrecognized art movement, connecting the work to the contemporaneous practices of various artists who produce material in-lineage with the spirit of the Ching Chong Latino Boys.

Special thank you to The Loon, the Martin Wong Estate, and Modern Art London.