The Loon
We Are Distant, We Are Close... 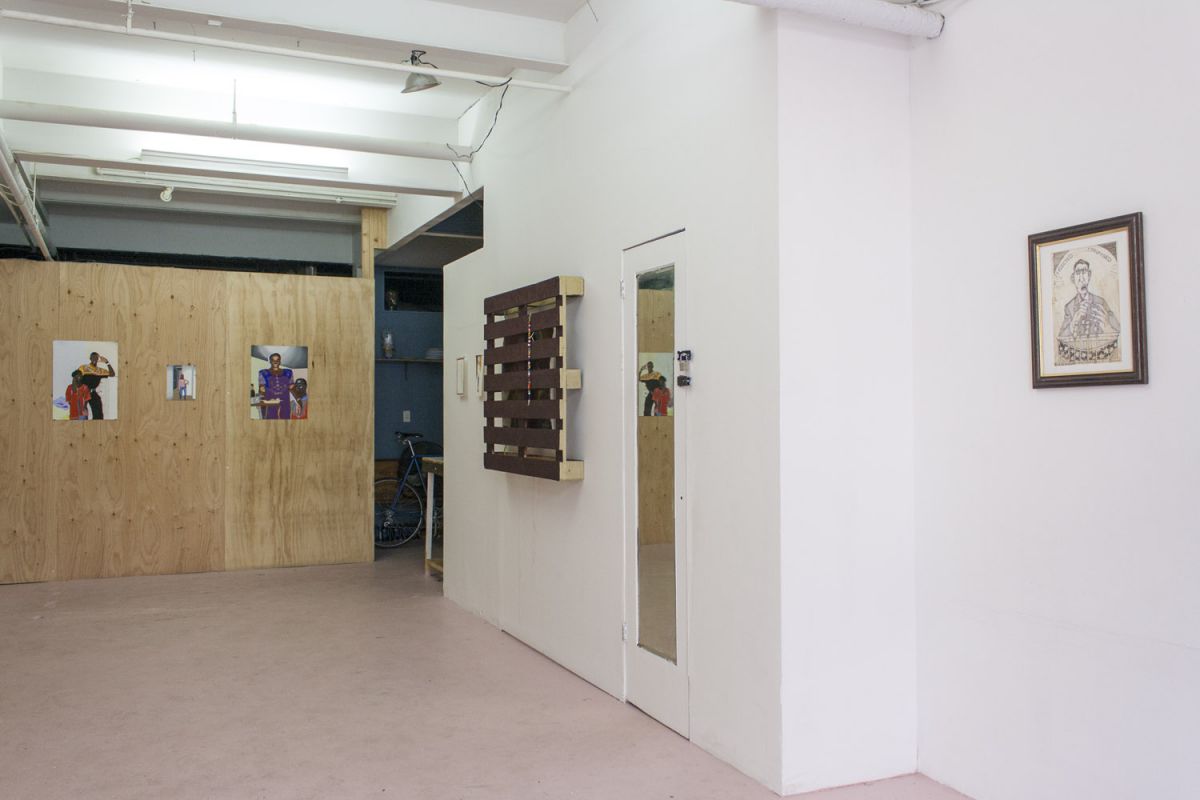 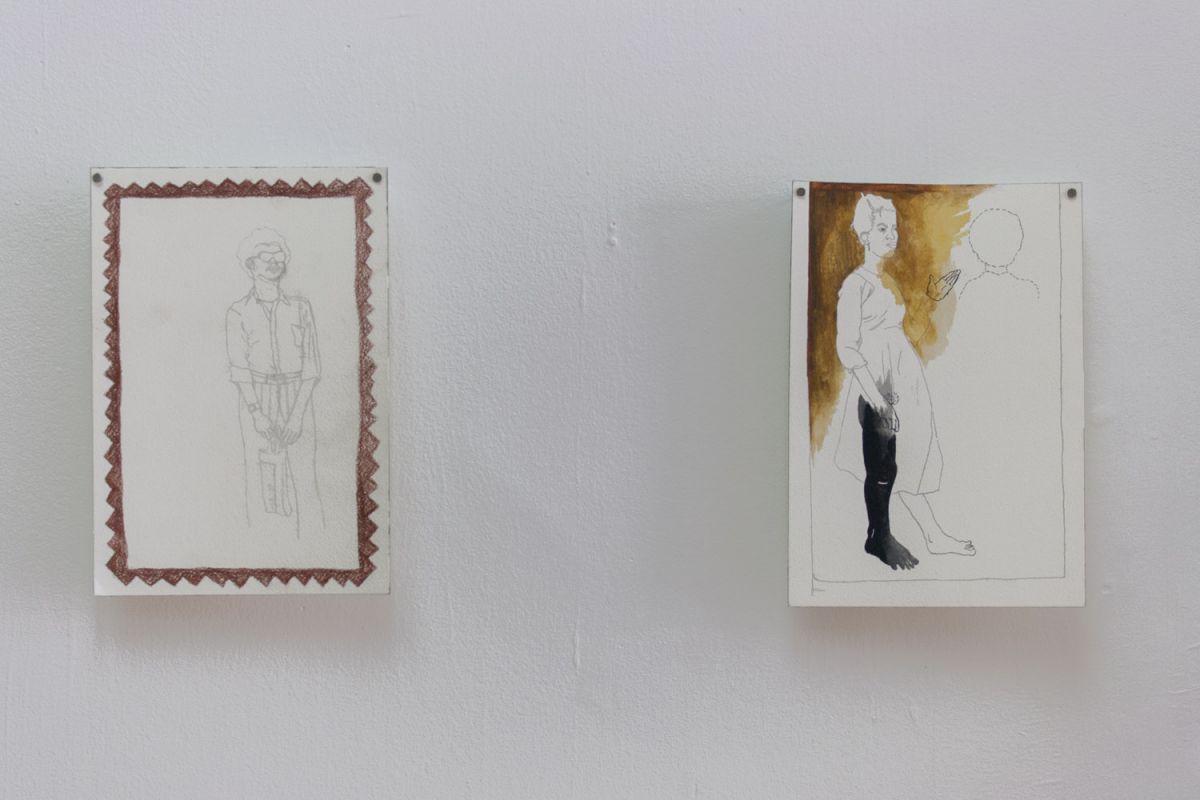 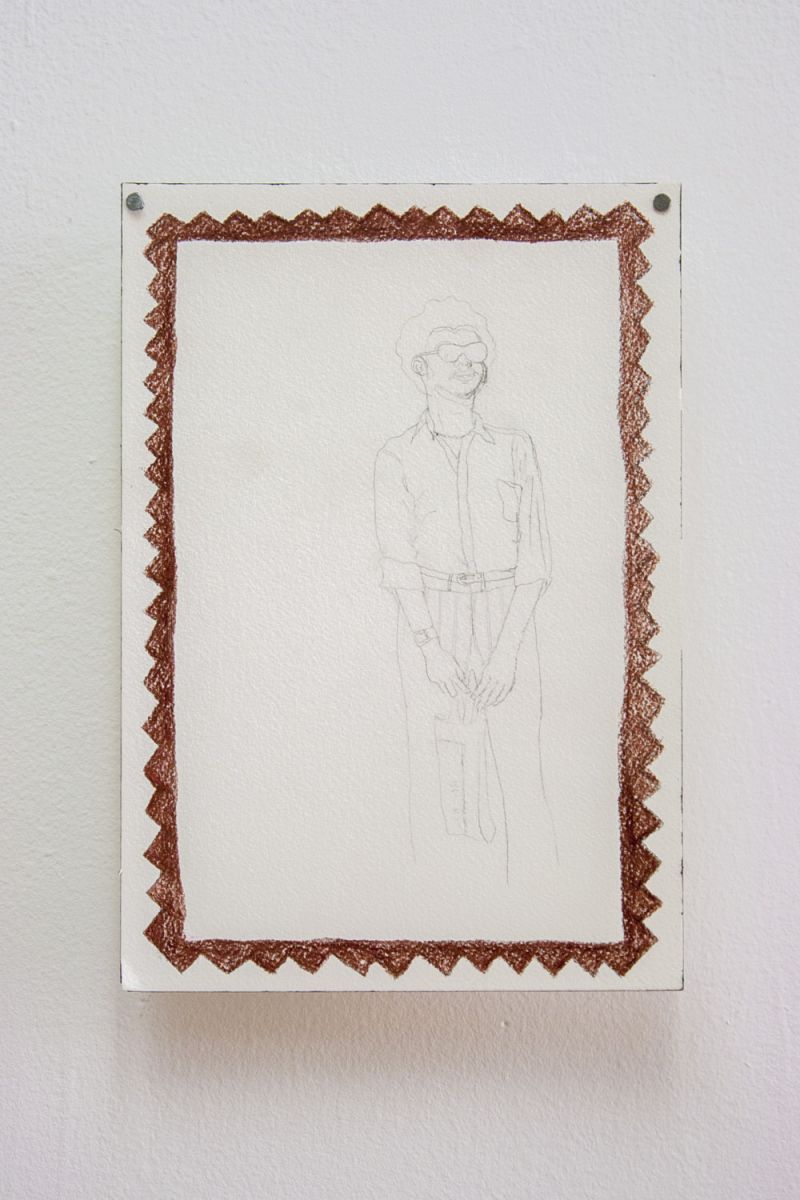 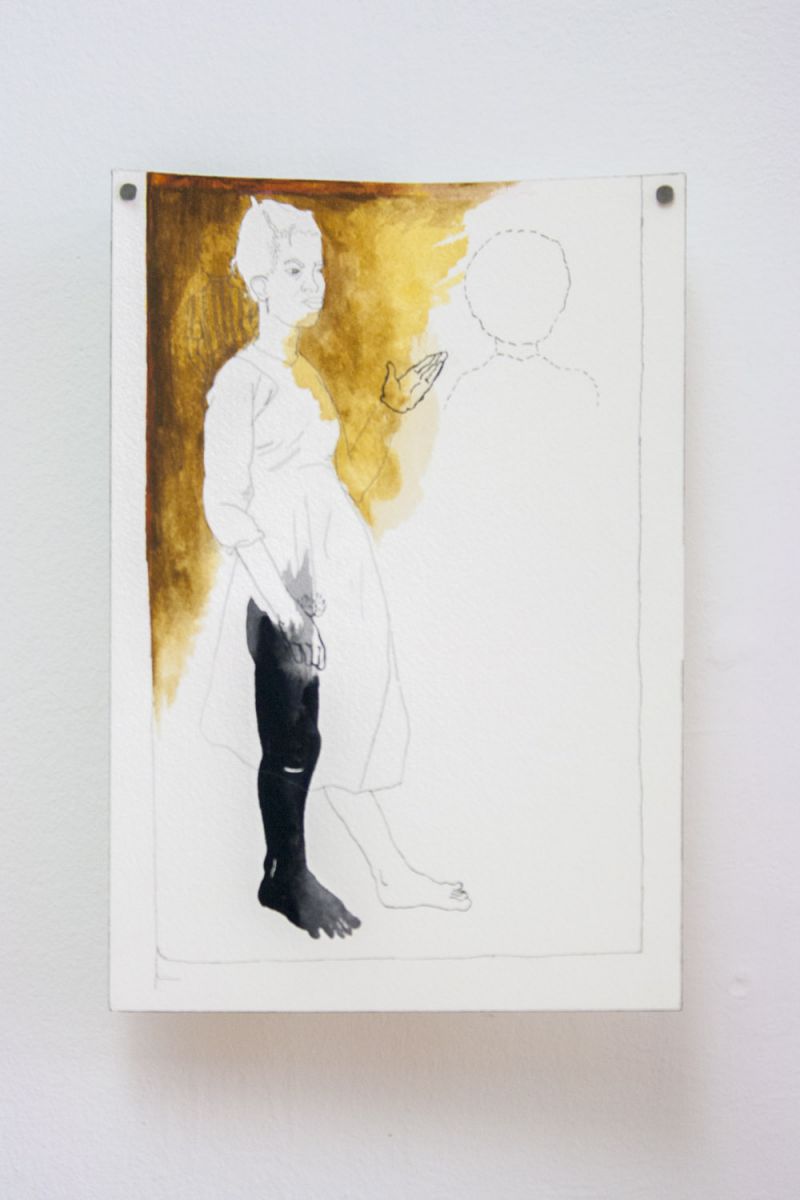 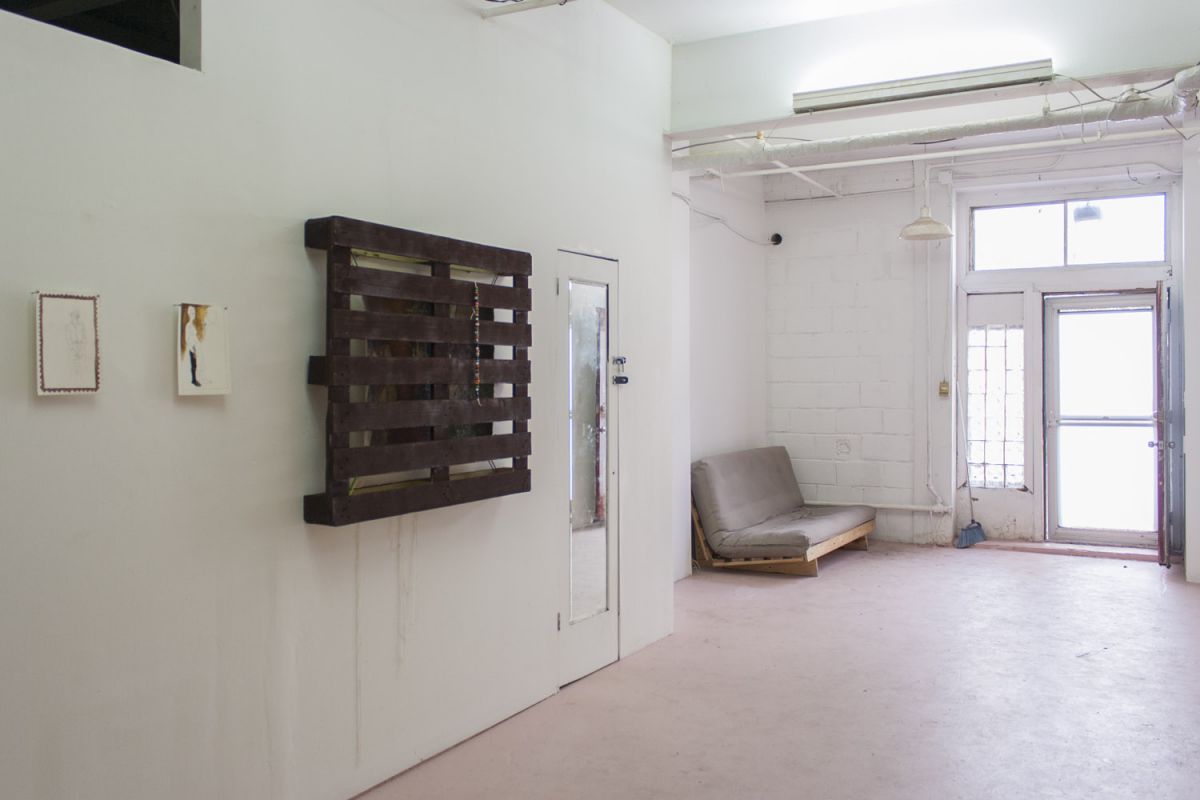 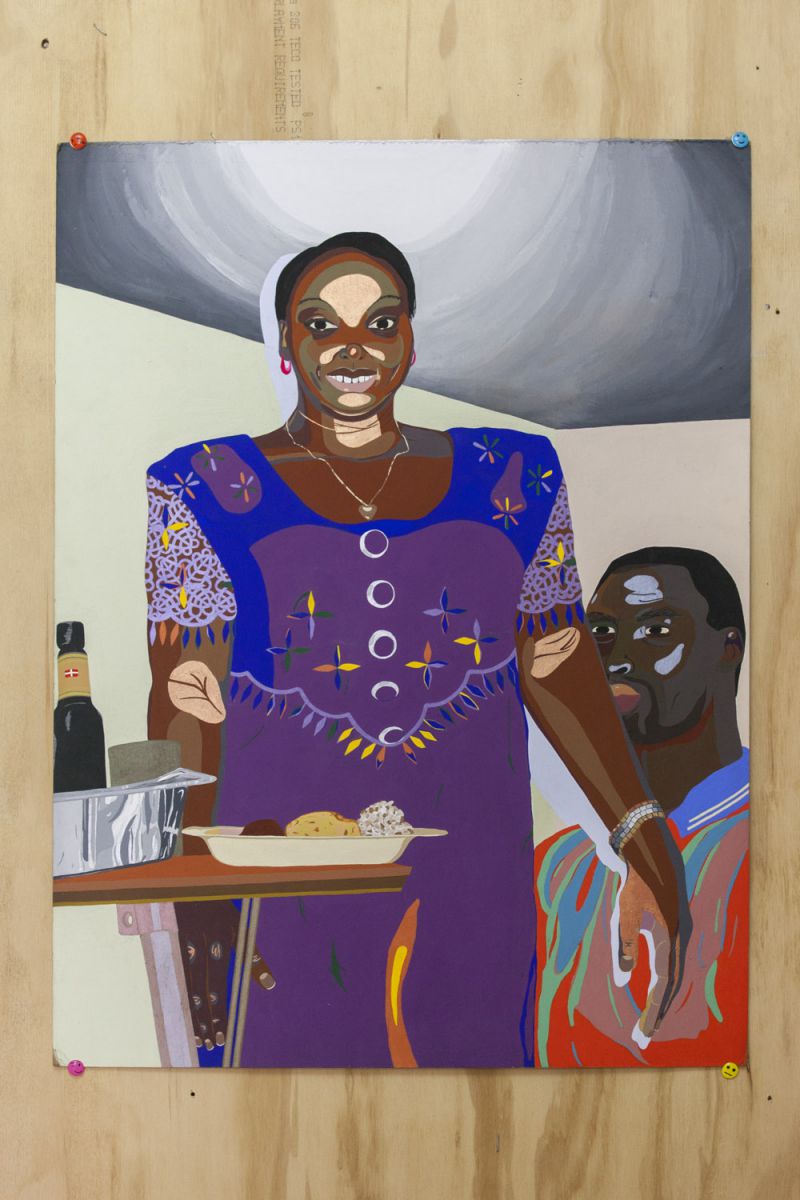 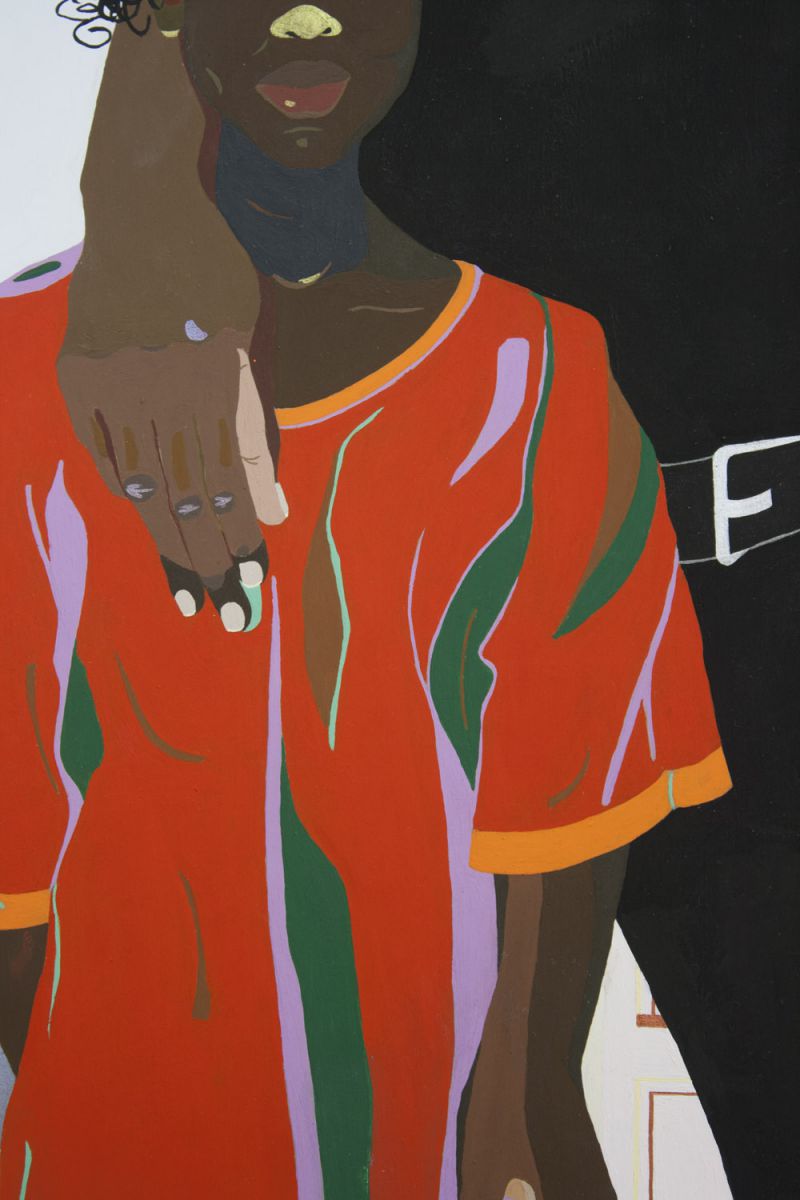 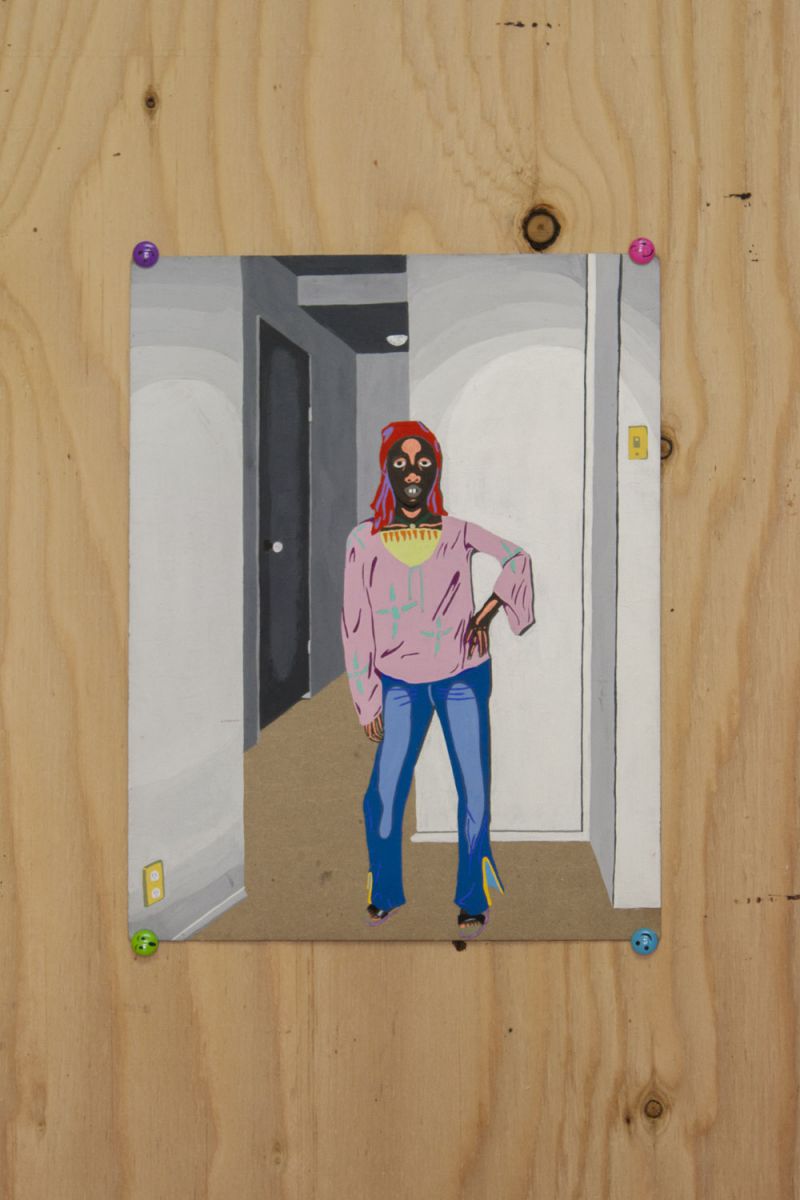 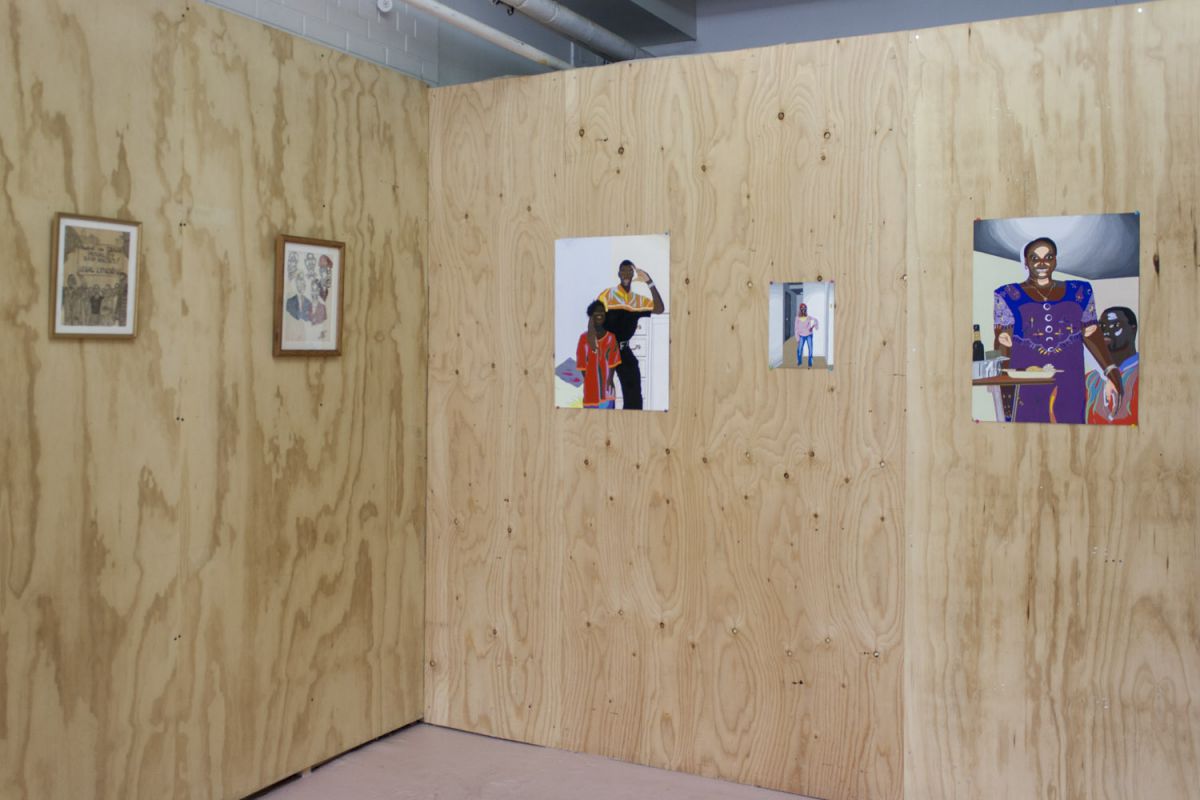 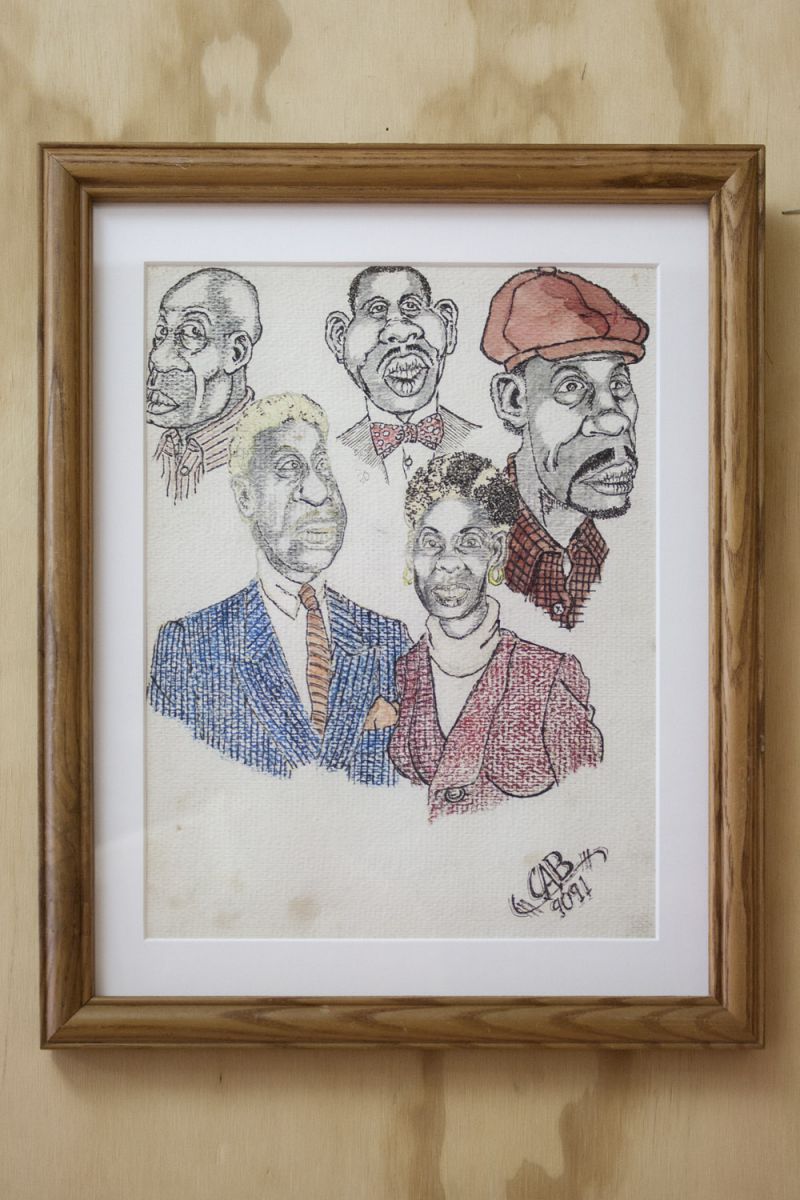 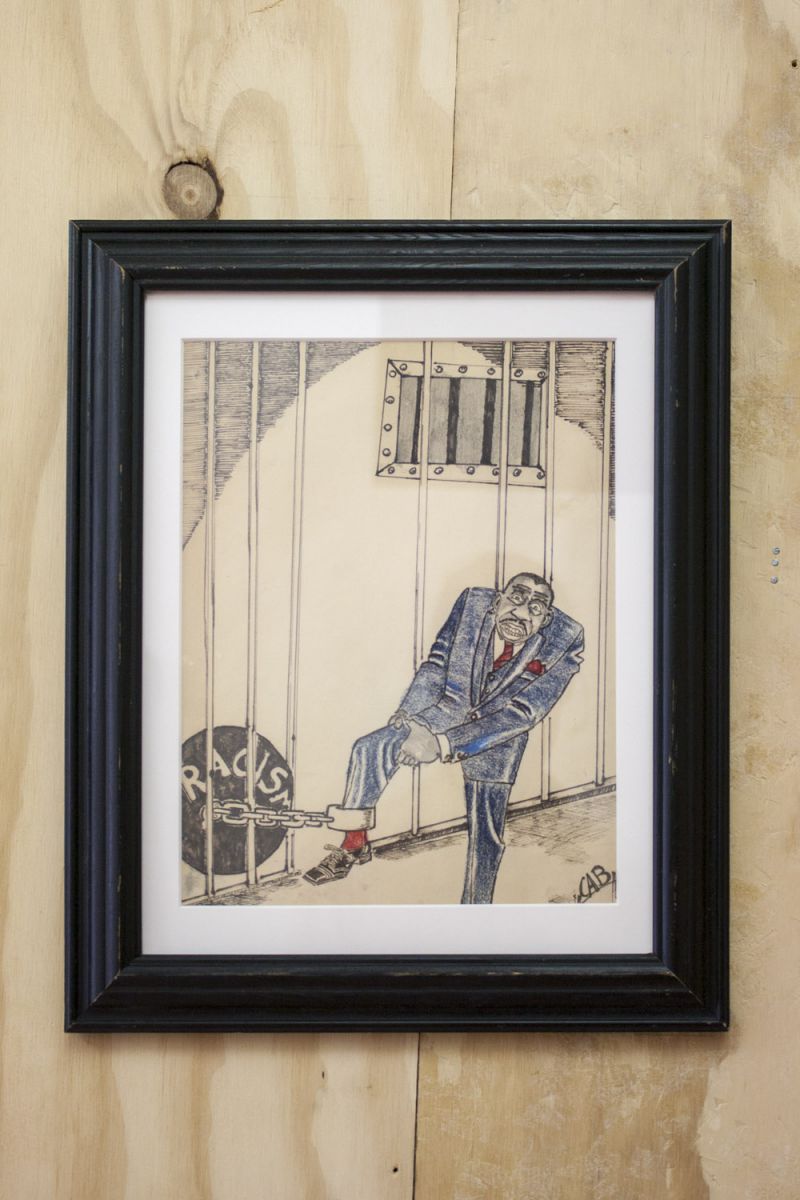 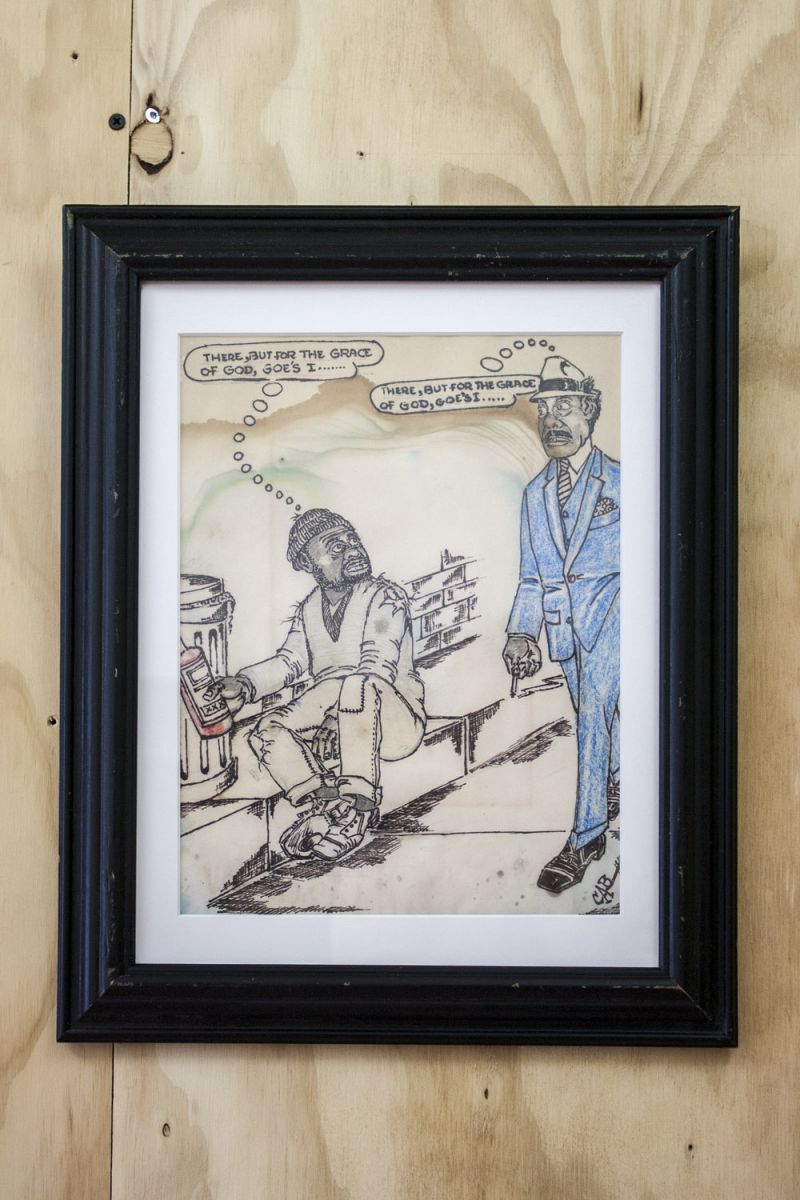 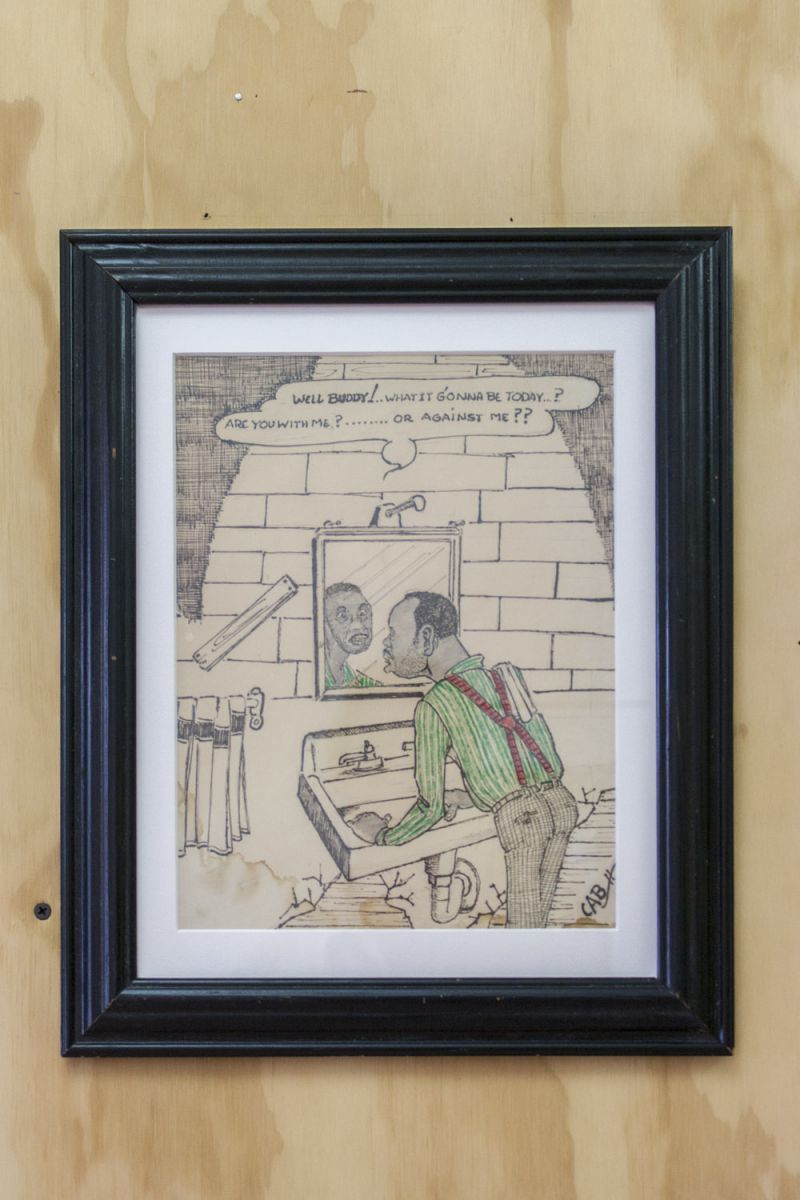 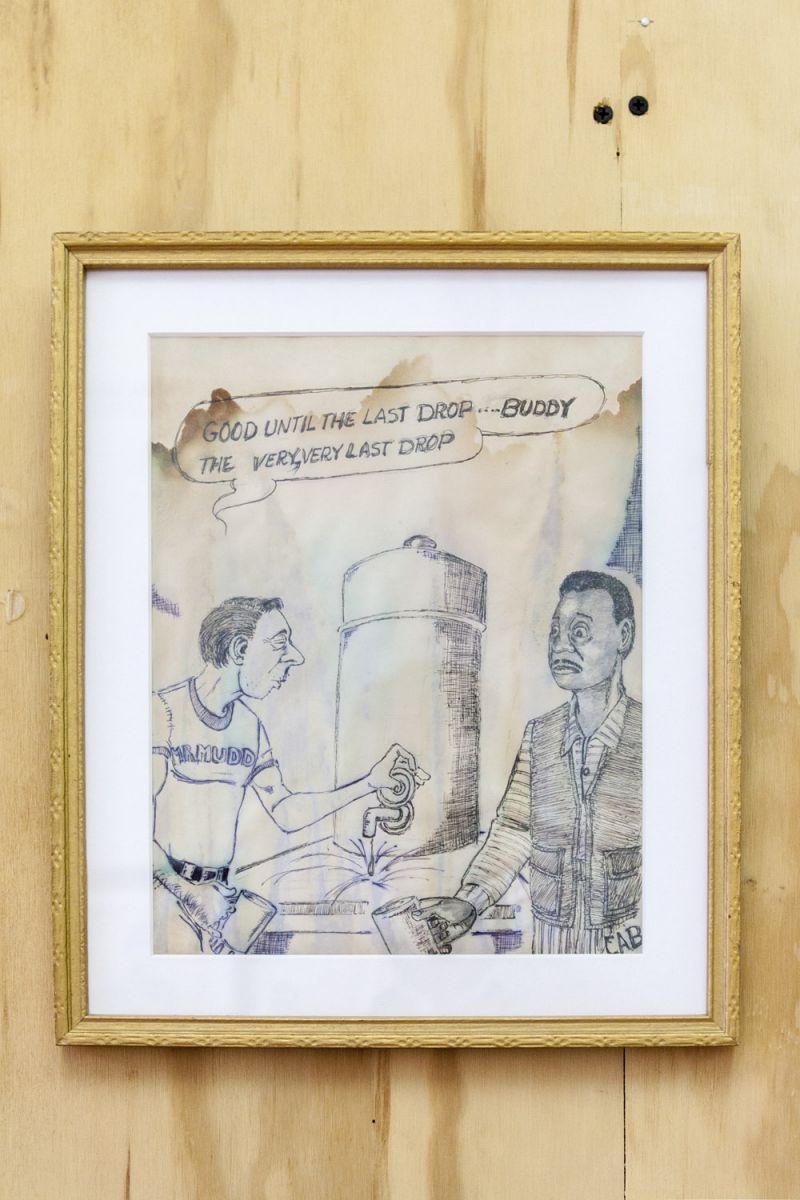 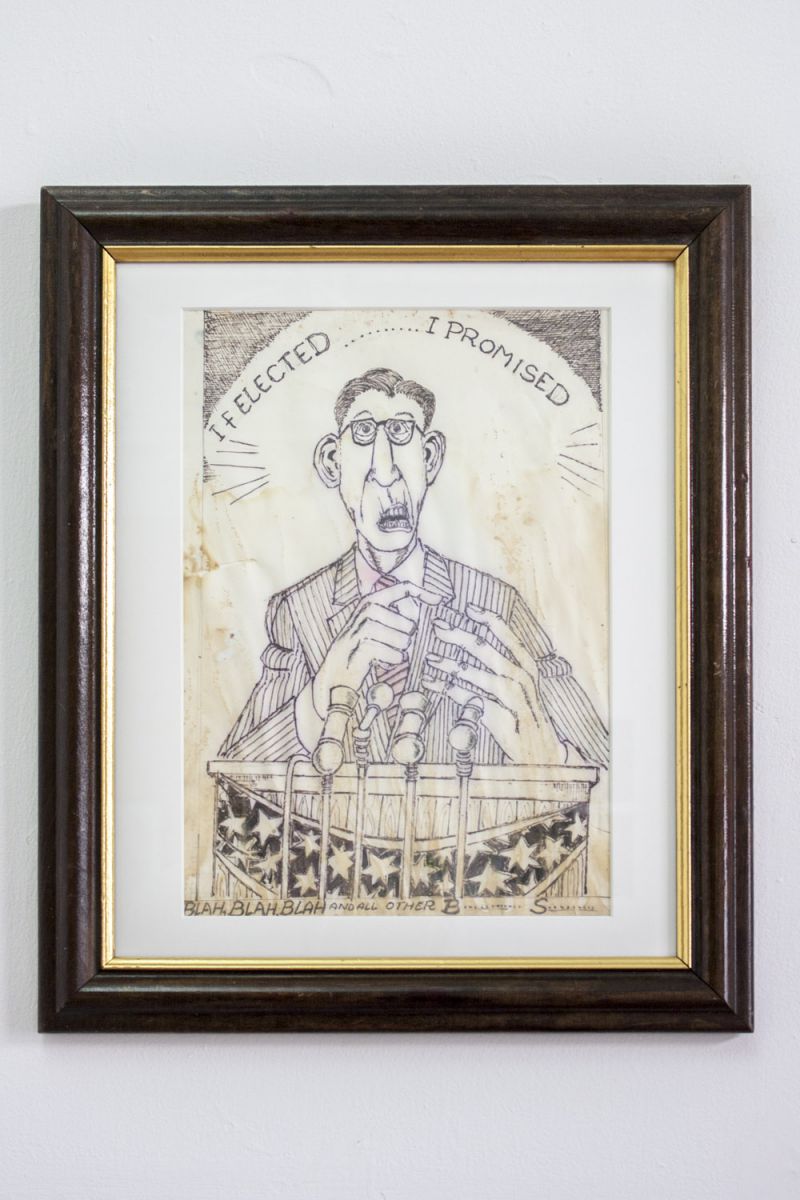 All information presented here was collected from two phone conversations with Murphy Davis, of the Open Door Community, in January and April of 2018. I reached Murphy in her new home of Baltimore, MD, which the Open Door Community (referred to as the ‘Open Door’ or ‘ODC’ in this text) moved to after the closure of their 910 Ponce De Leon residence.

All information from Murphy was either through anecdotal stories told from Calford to his friends at the Open Door and from a trip that Eduard Loring (Murphy’s husband) and Murphy took to Birmingham to meet Calford’s cousin, a famous trumpet player who rubbed shoulders with Miles Davis and others. Both him and his partner described the little they knew about their cousin’s wide-ranging life.

‘Carl’ Calford Barker Jr. was born in Birmingham, AL sometime in the early to mid 1920’s. His father died of tuberculosis and his mother passed away soon after, effectively orphaning Calford from what Murphy believes was the age of 6 or 7. He was raised by his grandmother, and bounced around from relative to relative as he came of age in Birmingham. His childhood and adolescents was sculpted and scarred by the bitter racism and segregation that marred Alabama and the entire United States during this time. He would work as caddy at a local country club, carrying clubs and refreshments for wealthy, white members; they would stick cigars in his mouth and take photos of him for their friends and family. As a result, Calford vehemently despised racism and segregation, and the humiliation that he endured as a young black boy and man in the United States. Like many of his time, he withheld a great suspicion of the white person’s ability to be racist and to perpetuate racism. He would often refer to his hometown as the colloquial “Bombingham”, referring to the fifty or so bombings that would terrorize black people and their communities in Birmingham in the 1940’s, 50’s and 60’s. These experiences and understandings as a black man would shape Calford’s identity as he began to reveal more of his past to members of the ODC in the years before he passed.

The following decades of Calford’s life are little documented or known by Murphy Davis. As a young man and adult, Calford began living the rough life that was afforded to people of his class and economic stature. He floated around from state to state. Calford would tell Murphy that she “would not want to meet the man that he used be”, as he was violent, compulsive, and prone to a life on the edge, living loose and fast. He “drank from bottles with skulls and crossbones on them”, an epithet he was known for repeating. He most certainly served many jail and prison sentences throughout the country. Decades later, his cousin and his partner told Ed and Murphy that the last time they had heard anything about Calford was when a man from the FBI showed up at their house looking for him in Alabama.

Murphy also recalls a time when Samuel Reese Sheppard, the son of Sam Sheppard (the famous doctor and defendant, and husband, in the widely covered and reported 1954 murder of Marilyn Reese Sheppard in Cleveland), visited the ODC while Calford was living there. Samuel was a staunch believer in his father’s innocence, and was also a staunch opponent of the death penalty, and has since dedicated his life to abolishing its presence in the United States. As he was visiting the community in Atlanta, Calford and Samuel struck up a conversation. As they talked about the death penalty, prison and the judicial system, Calford revealed to Samuel that he had served time at an Ohio federal penitentiary. Upon asking when and at what time, they both realized that Calford has served in the very same prison that Samuel’s father was incarcerated at after the guilty verdict in his second-degree murder trial. In fact, Calford had known the man, and saw him save another prisoners’ life during a medical emergency while prison guards stood by and did nothing.

Calford also told members of the Open Door that he was employed at the Chicago Daily Defender, a black owned and operated newspaper in Chicago renowned for it’s coverage of the Civil Rights Movement and racial violence, sometime in the 1950’s or 60’s. The artworks he created at the ODC, and now shown here, certainly reflect this.

At some point in the late 70’s and early 80’s, Calford made his way back to the south and Atlanta, GA, where he met members of the ODC while attending the Butler Street Breakfast, a weekly breakfast meal served by the ODC at a labour resource center (a cue based, daily employment opportunity office) in Atlanta. Soon after, he would catch a ride home in the ODC van and begin living in the community. His belief in the abolishment of the death penalty, his views on race and politics, and his faith and growing age most likely helped Calford find a new home at the 910 house.  He would live in the community till his death in 1994. Calford Barker Jr died at Grady Hospital in downtown Atlanta due to health complications in his leg, and was buried in the ODC Jubilee Cemetery.

Calford was well known at the ODC for his great knowledge of southern and American history and politics as it related to racism. He knew a great deal about the workings of both, past and present. He was strongly anti-death penalty, an opinion that he inextricably saw through the lens of race; this is illustrated through his piece Stop Legal Lynching, depicting a rally of men demonstrating about the strong ties between the phenomenon of lynching and the government practice of killing black men. Again, these are all opinions that are undoubtedly related to Calford’s lived experience, being in and out of systems of mass incarceration, living through the terrifying and violent racism of the Unites States, and gathering the wisdom that is associated with living to an elderly age. These are informations and opinions that he began to share and express more openly the longer he lived in house at the ODC, and that he injected into his art and art-making practices.